Google Now is one of best voice assistants on Android, which can not only recognize and interpret voice commands but can do pretty good and accurate web searches too. Some of it’s features are not so known and we figure them out eventually on our own, or can read guide below and become Google Now expert. Yea, Google has now become intelligent with its latest Android M Google Now that is capable of performing almost impossible tasks. We have roughly focused over 5 Brilliant Things Google Now Can DO .

Also Read: How to Install Android M Google Now on Any Android Phone

This feature makes it best in all voice assistant apps, because you don’t have need to navigate any specific or press any button. You can make it work by simply saying ‘OK Google’ on any screen, even on lock screen. To enable this feature go to Google Now main page, tap hamburger menu, then settings, then tap voice, and then ‘OK Google detection’. Switch all toggles ‘ON’.

Feeling too lazy for swiping or tapping to open apps? Say ‘OK Google’ and then tell it the app you want to open. You don’t need to be extremely careful about wording. 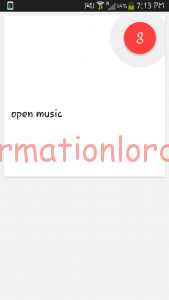 3. Find Out Which Song Is Playing

Google Now has good ears to identify the current playing song, so try it next time instead of Shazam or Soundhound.

Tired of hand gestures not really working with Chinese people? Stuck in Russia, can’t find way to your place? This is going to be your perfect helping hand. Just ask it to translate any word in language you want, it can even translate basic phrases. 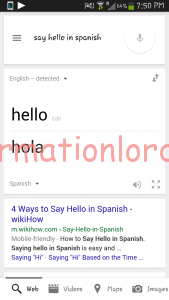 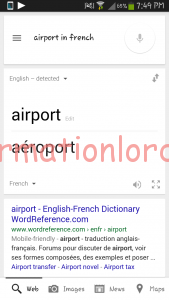 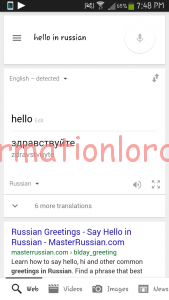 Well this is the best feature of Google Now, just say ‘Text{name}{message}’ and yes it’s done, You sent text to your mom without even typing a word, wiser than ever before. 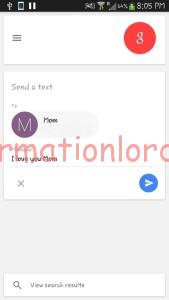 This is not all. Many more features will be added soon once Android M is Finally out for All Android Smartphone that are compatible to run Android M.

1 thought on “5 Brilliant Things Google Now Can DO”