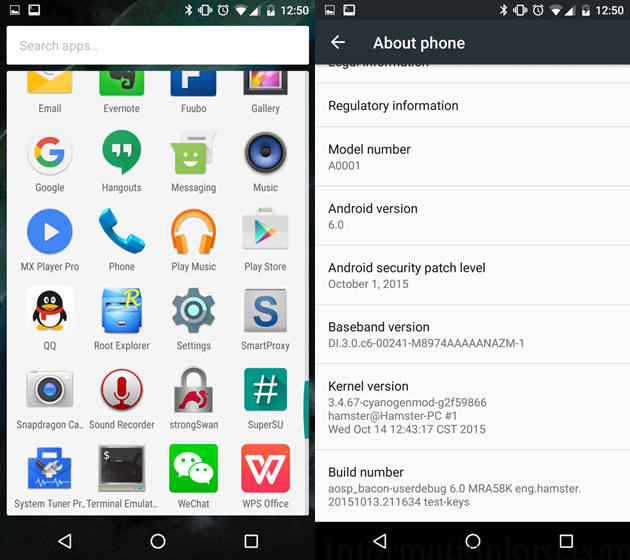 As Google released the sources of Android 6.0 Marshmallow for the Android Universe and as a result development started that day itself. One of the best example we can give about this is Android 6.0 Marshmallow ROM for OnePlus One which is successfully ported by updateing (Xda Dev) although its not a stable build but one can expect a stable Android Marshmallow ROM for OnePlus One very soon! So keep checking by subscribing to the site.

Here are the overview of the features that can be seen in Android 6.0 Marshmallow ROM for OnePlus One :

Things that need to be fixed on OnePlus One Android Marshmallow ROM :

How To Update OnePlus One To Android 6.0 Marshmallow ROM :

That’s it, I hope you liked the Android 6.0 Experience on your OnePlus One. Do let us know by commenting below. If you are struck anywhere do comment here!

4 thoughts on “Android Marshmallow ROM for OnePlus One”