Chromebook comes loaded with Chrome OS that has significant features which are being offered within a price fitting your pocket. Android Apps for Chromebook makes user self powered by android app framework. Chrome App Development is going on rapid pace in order to meet the huge demands of the growing Google Chromebook Users. So its not wrong in saying that launch of Free Android App Testing on Chrome is a significant step taken by Google in order to attract tech giants to look what Google has packed in its Latest Chromebook too. Today we are focusing on the most popular android apps for Chromebook or Chrome OS rather than Android App Development for Chrome OS which is not too difficult.

Also Read : How to Hide Blueticks On WhatsApp without third party App

WhatsApp has emerged as popular social messenger all over the world and has revolutionized the way people interact with their Android Smartphones. It is very easy to Use WhatsApp on Chromebook or Chrome OS, To install whatsapp or use whatsapp on chrome one can follow the tutorial as mentioned : How to Use WhatsApp from Chrome 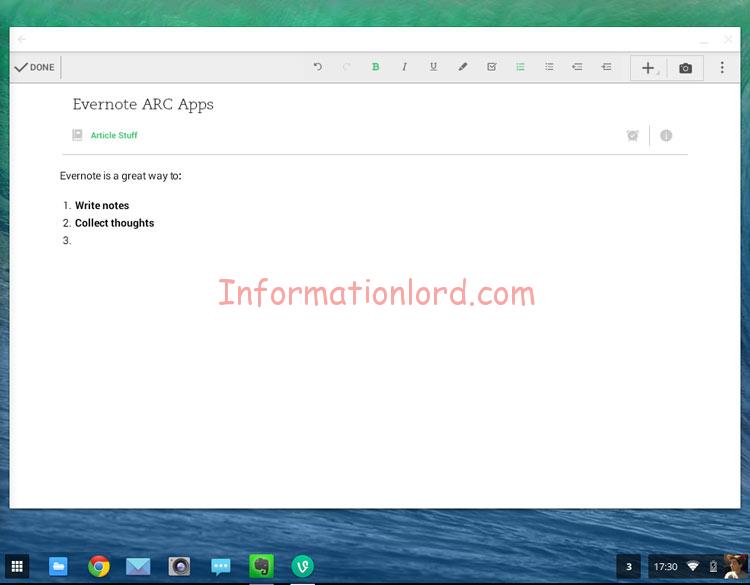 Evernote is one of the best free Android App which is good for making notes on Chromebook. One can easily install it on his chromebook and then simply start writing their thoughts onto it!One can see the popularity of this app as it has already crossed 160K plus installs on Chromebook Platform. Evernote also offers users to synchronize their data on the move with Gmail IDs so that the user can simply logon to any Android Smartphone and retrieve all the notes easily on that smartphone. One can Download and Install Evernote – One of the Best Android Apps for Chromebook from here : Download Evernote 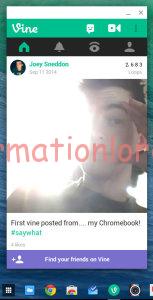 Vine or in other words Twitter’s Youtube is running successfully on chromebook platform with easy user interface and no lags. It has already crossed already 60k plus installs on Chrome OS and now counting more and more. It allows users to record six seconds video clip which can then be revined and shared with other users and also can be embeded on twitter timeline too. One can find further more information and download Vine Plugin from here :  Download Vine App for Chromebook Chromebook Video Chat is enhanced by Facebook.com VideoCall that enables users to directly call friends added to facebook list by simply tapping on Video Cam button that can be seen while one uses Facebook.com chat box. To actually say this is not an app but a function of Chromebook that enables to Videocall on chrome OS easily without much problems.