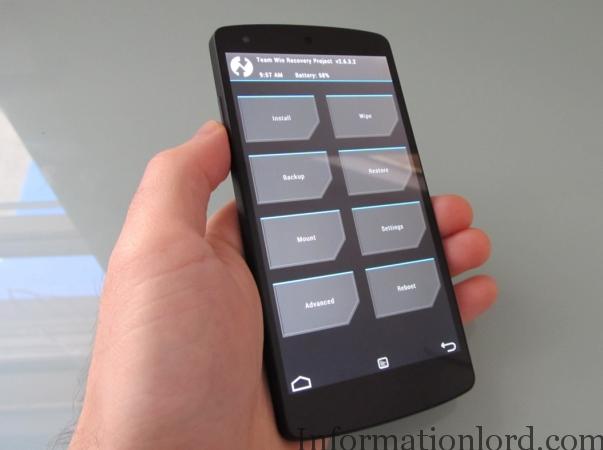 LG Nexus 5X launched last month with Stock Android 6.0 Marshmallow gets TWRP Recovery which will enable Nexus 5X users to create Nandroid Backup via TWRP backup and also flash Custom ROM/Kernels on Google Nexus 5X which is powered by Hexa Core processor. If you do not know what is TWRP, then i guess this post of messing up with Stock Recovery of LG Nexus 5X is of no use to you! But if you want to flash ROM or increase performance of Nexus 5X you will definitely need TWRP recovery!

Lets now head over to Install Custom TWRP Recovery On LG Nexus 5X or more commonly saying it as guide to install TWRP On Nexus 5 2015.

And you have successfully installed TWRP Recovery on Nexus 5X device! If you are struck anywhere, then feel free to comment here! Do subscribe to our site for other updates regarding Nexus 5X!