Finally the time has come when the whole world will switch over to Android OS. World’s leading mobile company Nokia has also launched its Android variant during this World Mobile Congress. Nokia X is a stunning cheap Android based Nokia OS phone which has fast lane android apps in it which enable users to access apps easily and this is also a hereditary symbol of Nokia Lumia series. It runs on 1GHz Dual Core processor powered bt 512 MB RAM and 4GB of internal memory.

Although this phone supports Android apps but Nokia has not given playstore to download and install apps directly. Instead one has to indirectly download all the apps and then install it. But now no need to worry because we have found the way by which you can install Google PlayStore on Nokia X and then directly access millions of apps worldwide.

Here’s the complete tutorial by which you can first Root Nokia And Install Playstore afterwards. All you need to do is to follow the tutorial carefully.

Now you need these Apps :

First of all install Framaroot application as downloaded and now open it. You will bv presented by two options namely : After you get Success message. You just restart your phone. Thats it, you have successfully rooted Nokia X.

Also read : How to root any android smartphone

After rooting successfully you are ready to install Google Playstore service app on Nokia X. Extract all the apks from the downloaded file named “Nokia X_Gapps_KashaMalaga” and then copy all these extracted apks to “system/app” .

This is the important step: Assign permissions to copied apps as follows: 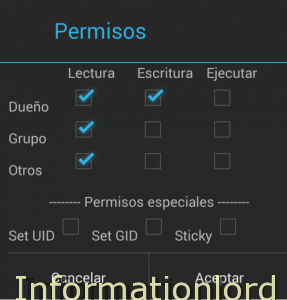 That’s it. Now just restart your phone and you will be able to see Google Playstore App in the apps section. Just sign in using your Google account and install millions of Android apps just few clicks away.

Don’t forget to subscribe to our site to further development of ROMS and Cynogen MOD for Nokia X.